One More Voice collects and curates a small selection of relevant, publicly-available motion pictures and sound recordings. The collection is by no means comprehensive and does not seek to be so. Rather, the collection offers site visitors an opportunity to move beyond One More Voice's primary focus on visual materials and written texts (archival texts and book-length works), and, in some cases, to see and hear the individuals who feature elsewhere on the site.

The motion picture collection also suggests further areas for investigation by scholars, teachers, and students. In fact, part of this section's critical intervention centers on introducing such items to audiences who may not be familiar with them. For historical context, the section also includes a few early anti-colonial documentary films and a small set of British-led colonial films. We welcome suggestions for additional items or categories of items to include in this section. Site visitors might also want to consult the Colonial Film project and the British Film Institute's India: 1899-1947 collection.

Special thanks to Philip Allfrey for helping with the accessibility coding for this page and to Mary Borgo Ton, director of Shining Lights, and Tom Rice, author of Films for the Colonies, for assisting with relevant research. 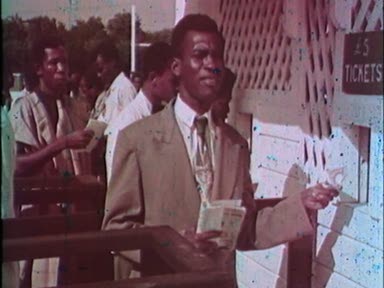 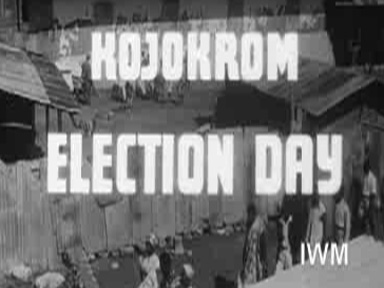 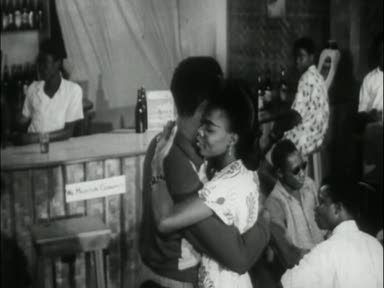 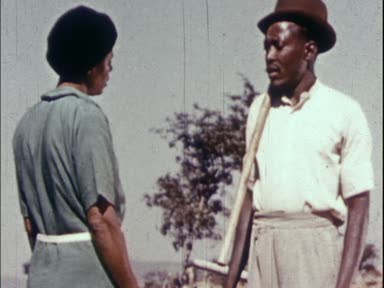 Warning: Site visitors are advised to proceed with caution when consulting the films in this subsection because the films may contain material that can be upsetting or cause distress. 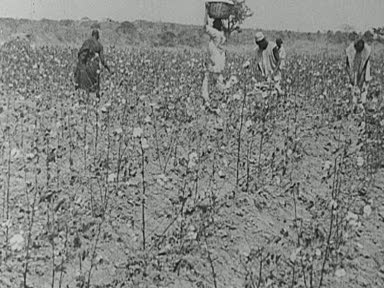 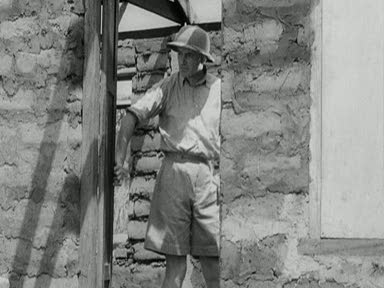 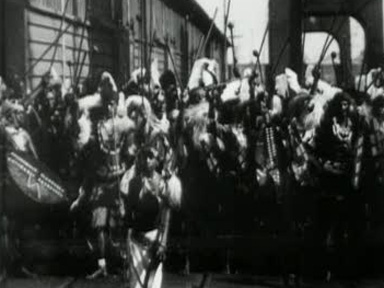 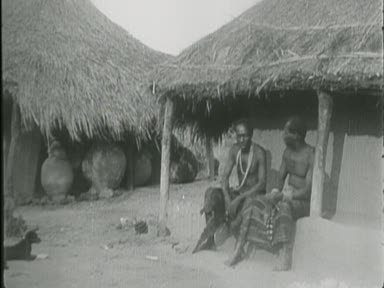 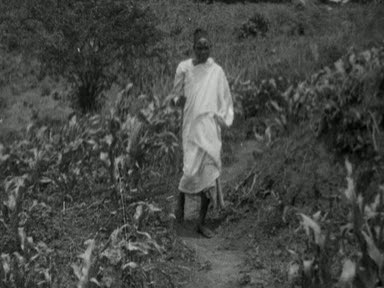 Header image commentary: Magic lanterns enabled their operators to project illuminated views on interior and exterior surfaces; operators accompanied magic lantern shows with discussion of the images (often Biblical in nature) or, in some cases, read from and elaborated on a corresponding script. Victorian missionaries used magic lanterns, such as this one, while traveling abroad because these lanterns were light and more portable than their mahogany counterparts. Such laterns also played a little noted role in the early development of African cinema. For instance, Samuel Ajayi Crowther (c.1809-1891), Bishop of the Niger Delta and the first African Anglican bishop in Nigeria, his son Dandeson Coates Crowther (1844-1938), Archdeacon of the Niger Delta, and other family members used magic lanterns to instruct and entertain their communities and even made their own magic lantern slides. In one letter, Dandeson Crowther records receiving a set of magic lantern slides sent to him, indicates that he “had a show of them last-month,” and adds that “[b]esides these slides we exhibited others, made by my brother Samuel [son of Samuel Ajayi Crowther] & myself, on the Capture & rescue of the Bishop on the Niger” (Letter to Henry Venn [15 February 1868], CMS/B/OMS/C A3/O13 4, University of Birmingham, Cadbury Research Library, Birmingham). In another letter, Dandeson Crowther describes another performance in more detail: “You will be glad also to hear that we have had two grand exhibitions of your kind present the dissolving views. At the first show we made £ 5" 0" 0". The crowd in the Schoolroom was great, the room being small. To have a little more comfort, at the 2nd show we reduced the number of tickets (6d each was the charge) & collected almost £4" 10" 0[".]” (Letter to Henry Venn [8 November 1866], CMS/B/OMS/C A3/O13 3, University of Birmingham, Cadbury Research Library, Birmingham). Note: An issue of the Church Missionary Gleaner (9, no. 105 [September 1882]: 112) includes an advertisement for slides made by Dandeson Crowther. Images of another “Improved Phantasmagoria Lantern” are available from the Bill Douglas Cinema Museum. Finally, Thomas Cradock Hepworth's The Book of the Lantern (1888) contains illustrations of the magic lantern configuration used to make the “dissolving view” special effect that Dandeson Crowther mentions above.